Restaurant owners taking advantage of the SBA Paycheck Protection Program just got more good news! Now there is an EZ filing form to request forgiveness in the latest action by the Small Business Administration.

First, it requires less documentation. Secondly, there are fewer calculations. Most importantly however, is the simplicity in introduces into a process that may otherwise prove unwieldy for restaurant owners who operate a fryer much better than an excel spreadsheet.

Restaurant Owners qualify to use the new EZ form if they meet any one of the following three criteria. 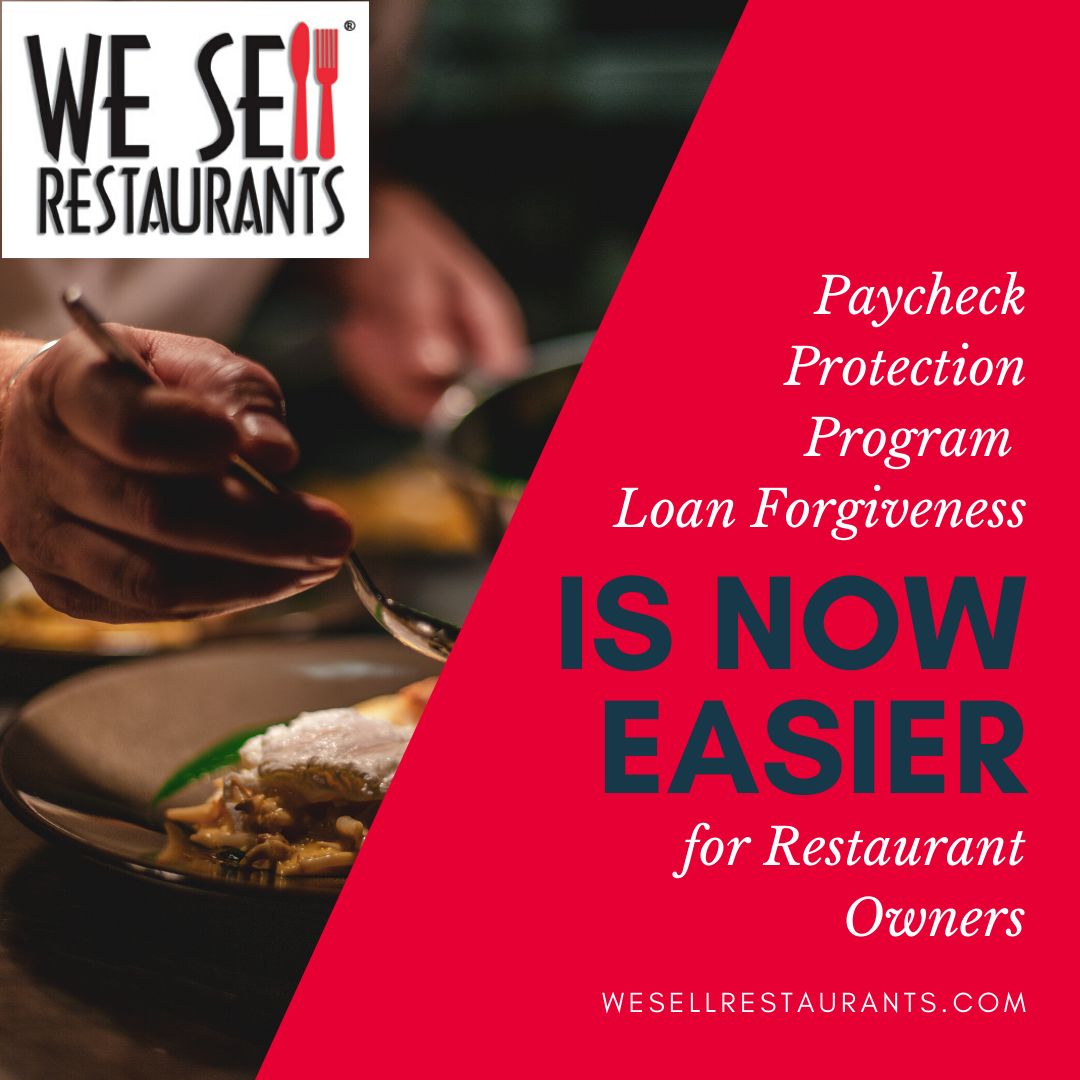 Point number three is critical for restaurant owners that these restaurant brokers at We Sell Restaurants have been coaching through the crisis. Many applied for relief and received funds only to learn that state governments would not allow them to reopen. States like New Jersey authorized restaurants to open at 25% capacity for the first time this week. In addition, many restaurant owners still face difficulty staffing since child-care is non-existent unless you are a health care worker.

With the release of the EZ form, restaurant owners still pass the hurdles to avoid repaying funds. They simply do it more quickly and easily with the EZ form, known as the SBA Form 3508EZ. They will still have to file the supporting paperwork, but it should take much less time to pull together.

Other clarifications from the SBA recently also include the Final Interim Rule. Trust the Restaurant Brokers at We Sell Restaurants to put the 13 pages of legalese into just the basics you need to know. Here are the highlights.

Under the 24-week covered period, the maximum for owner compensation is now $20,833, higher than the original $15,835 if you use the eight-week period.

Health insurance for owners, while used to calculate the size of the PPP loan can NOT be used in the forgiveness calculations for S-corporations. Health insurance premiums for non-owner employees can be included.

When do you apply for forgiveness? The date you must apply by is December 31. However, if you are ready and qualify today, go ahead and file. You are ahead of the curve and you can remove this debt from your balance sheet quickly, especially if you are interested in selling your restaurant.

There are many excellent accountants who have studied the program intensively to provide strong guidance on any questions related to the Paycheck Protection Program.

Unlike some regulatory offerings, the Paycheck Protection Program is one government guided program that brought needed relief quickly. With each new modification and announcement from the SBA, the news gets better for restaurant owners.

For more information on the PPP program and other articles on the COVID19 Crisis from We Sell Restaurants, visit this link.