he first franchised location will open in League City (828 W. FM 646) in October 2018.  A second location is in the process of being secured in Katy. Local franchisee Chung Hui, whose background is in retail development,  is the franchisee of record for this expansion.

King’s BierHaus is the modern sister concept to the #1 German Restaurant in America, King’s Biergarten, founded by Austrian-born father and son duo Hans and Philipp Sitter in 2011. It began as a car wash serving bratwurst and beer and, over the years, developed into an iconic stop for local Houstonians and tourists alike.

The bierhaus has developed an innovative ‘hybrid casual’ model for its franchise restaurants, which combines  elements of full-service and fast casual dining.  The brand cites this as a contributing factor to store volume.  King’s Bierhaus’ existing location, which implements the hybrid casual framework, reported a monthly average of $507,102 gross sales in the second half of 2017.

The new location will feature a centrally located bar, a wide array of cocktails and craft beers, comfortable seating options, and a top-of-the-line AV package perfect for watching all the games.

Hooters of Paseo Acoxpa boasts 294 seats, over 40 TVs, and a spacious patio, making it easy and comfortable for fans to catch their favorite game.  Hooters continues its acceleration of  franchise restaurants and is actively seeking qualified franchise partners to open new locations in select markets across the U.S. and around the globe.

Willie Jewell’s Old School Bar-B-Q, the fast-casual spinoff from the 69 year veteran Bono’s Pit Bar-B-Q concept, is expanding in Lexington, SC.  Willie Jewell’s will be opening its newest location on August 22, 2018.  Locally-owned by Willie Jewell’s franchisee, Jeff Katz, the first Lexington location will be 105 Saluda Pointe Court and will be open 7 days a week from 11:00am – 9:00pm with full service Catering opportunities as well.

This will be the 13th of the franchise restaurants stores for the growing concept, which will now have restaurants in Florida, Georgia, New Hampshire, and South Carolina.  Willie Jewell’s is continuing to expand into new markets through the strength of locally owned and operated Franchises, with 4 more stores currently under construction in Brunswick, GA and the Tampa, FL areas.

Chicken Salad Chick, the nation’s only southern inspired, fast casual chicken salad franchise restaurants chain, announced today it will be expanding in Tennessee with its fourth Nashville location opening in Spring Hill. Located at 4867 Main Street, the company-owned restaurant marks the brand’s 92nd location in the Southeast and will open on Tuesday, August 21st with a ribbon cutting ceremony starting at 9:30a.m.

The Chicken Salad Chick concept, born in Auburn, was established in 2008 in the kitchen of founder, Stacy Brown. When Stacy discovered that the local county health department would not allow her to continue making and selling her delicious recipes out of her home kitchen, she overcame that obstacle by launching her first franchise restaurants with the business expertise of her future husband and fellow founder, Kevin Brown. Together, they opened a small takeout restaurant, which quickly grew; the company now has 92 restaurants across the Southeast.

Tim Horton's plans to open 1,500 franchise restaurants in Asia over the next decade despite facing hefty competition from a slew of companies who have dominated the market as the continent warms to drinking coffee.  The president of Tim Hortons says a plan to conquer a crowded Chinese coffee market hinges on tailoring its menu to local habits and tastes — including offering congee and matcha alongside signature items such as double doubles.

Tims announced an agreement last month with private equity firm Cartesian Capital to bring thousands of franchise restaurants to China, with plans to open the first location in 2019.Tim Hortons has previously announced plans to expand to Spain, Mexico, Great Britain and the Philippines.  Its U.S. expansion, however, appears to be faltering. Last month it closed four locations in Ohio, the latest in a string of closures south of the border in the past several years

ropical Smoothie Café, has announed the opening of its 700th location in the system, in Hurst, TX at 760 Airport Freeway Suite 100. This major milestone showcases Tropical Smoothie Cafe’s rapid growth since launching in Destin, FL more than 20 years ago and gets the company closer to reaching its goal of opening 120 franchise restaurants in 2018. Tropical Smoothie Café is continuing to fuel development in Dallas/Fort Worth to bring its better-for-you® offerings to more communities throughout the metro area. With nine cafes currently open in Dallas/Fort Worth, these expansion efforts will bring two additional locations to the market by the end of this year.

Fork & Salad, the Maui-based eatery with a mission to make healthy, farm-to-table cuisine accessible to the masses, plans to open its third corporate location and first U.S. mainland store in Orange, CA. The location, which will introduce the brand to the mainland U.S. and serve as a training store for future franchisee operators, is slated to open before the end of 2018.

Fork & Salad’s new Orange County restaurant will be located in a historically restored building that features original brick construction from 1922 and open wood truss beams. The 1,535 square foot space will have seating for more than 45 guests and be prominently located in the walkable district of Old Towne Orange. Fork & Salad’s menu options include build-your-own and signature salads, produce-forward sandwiches, gluten-free items, kombucha on draft and more, which can be enjoyed in-store or for take-out and pick-up via phone ordering or the Fork & Salad mobile app.

Bennigan’s announces it newest store in Mandan, North Dakota.  The 42-year-old brand is developing in smaller markets as evidenced by this location in a town of only 22,000 people.

Franchise restaurants are coming soon to Steubenville, Ohio, and Memphis, Tenn.; and internationally in Guatemala, Honduras, El Salvador, Amsterdam and Pakistan, with more than 100 additional locations in development.

Orlando based Jimmy Hula’s Licensing announced the opening of its 15th store in August at 68 East Pine St., Orlando, Florida.  Jimmy Hula’shas units in the Orlando, Tampa-Clearwater-St. Petersburg, Jacksonville and Daytona Beach markets and is looking to franchise expansion throughout the Southeast.

Jimmy Hula’s has signed area development and master franchise agreements calling for the opening of 60 additional franchise restaurants in Florida and North Carolina.

Slim Chickens, a leader in the “better chicken” segment of fast-casual restaurants, will continue expansion of its fresh chicken and unrivaled flavor in its headquarter market of Fayetteville, Arkansas. The corporate-owned restaurant will be located at 1855 MLK Jr. Boulevard opened in August. This is the second corporate store in the market.

Since the beginning of the Slim Chickens journey in Fayetteville, the brand has celebrated 75 franchise restaurants openings in 14 states, as well as international locations in Kuwait and London. The brand is well on its way to achieving its goal of 600 restaurants by 2025.

The Great Greek Mediterranean Grill will soon be coming to 14315 Orchard Parkway, Suite 400, Westminster, Colorado. The parent company for The Great Greek– announced that is has finalized its latest agreement with Jack Jones, a local business man and former defense contractor. The rapidly-expanding fast-casual franchise restaurants group already has 15 locations in development across the United States, along with its two original, award-winning locations in the greater Las Vegas metropolitan area.

UFG has been strategically expanding The Great Greek brand nationwide, with a strong focus on established markets that are ripe for a departure from typical fast-food fare and middle-of-the-road flavor. Likewise, they are partnering with experienced business people eager to make a bold entrance into the restaurant market.

The original Great Greek locations were in Las Vegas, but the concept is now being franchised by The United Franchise Group and is quickly expanding across the U.S. and abroad. 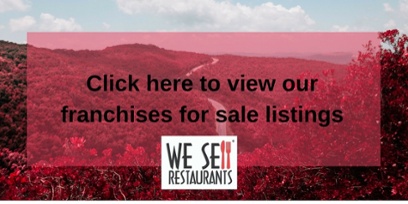