When the Music Stopped – We Sell Restaurants President on Challenges

Many of you may not know that I have experienced three ear surgeries in the last 12 months, all of which have left me fundamentally without hearing.  That creates a pretty large challenge as I LISTEN to people for a living.

I have been without hearing in one ear for my entire life, a fact most of my clients and business associates would have never known.  It didn’t stop me from pursuing an amazing career and learning English as a second language, (French is my primary language).

How am I coping?  I use the same approach for different phases of this challenge that a buyer, a seller or a broker would use to keep marching forward. I also use a lot of prayers and self-motivation which are two universal tools that everyone should use daily. 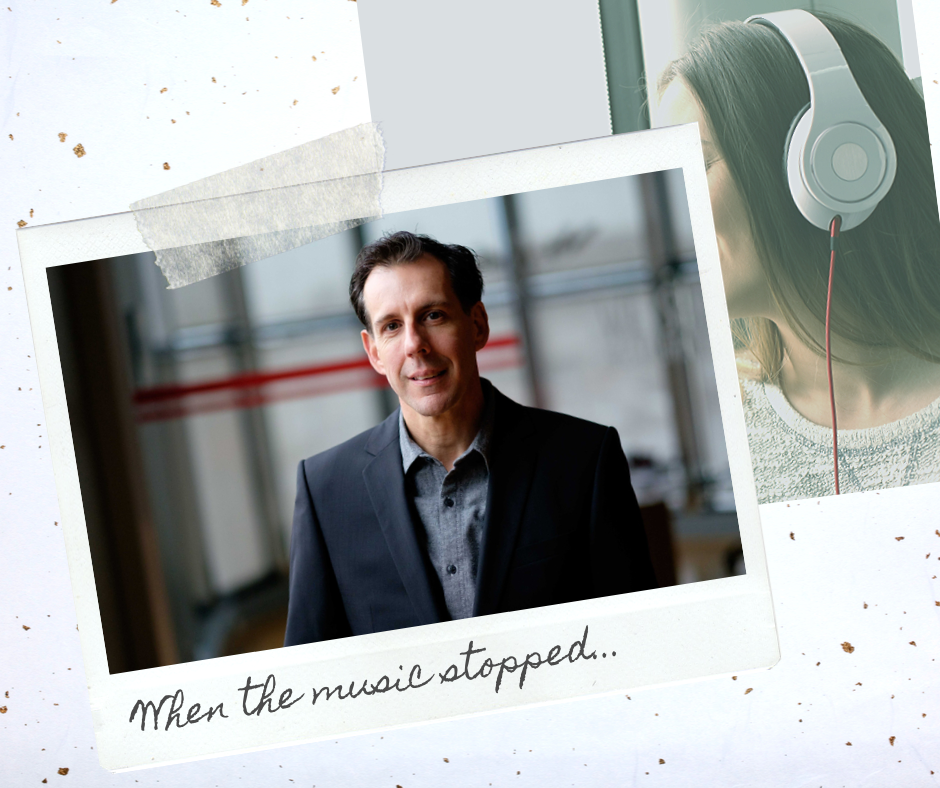 Originally I was told by one of the best ear surgeons in the US that I had an 80% chance my hearing would improve with the first surgery and less than a 2% chance I would go deaf.  According to the specialists, my remaining ear issues in my only hearing ear would go away.

Translate this into a buyer’s language, “I’m buying a deal making strong money and proven books,” What can go wrong? Let’s do this!!”

We scheduled the first surgery and went through all the testing and pre-op questions.  In buyer language, we entered into a “purchase agreement” and did the first surgery. I was told to prepare for the worst -- up to three months with no hearing.  Once I woke up, to everyone’s surprise, especially the doctor’s, I could hear immediately!!  LOUD and clear. In a buyer’s world, this would be equivalent to, “Initial due diligence fantastic.  Almost too good to be true.”

Unfortunately, three weeks later, my hearing started to deteriorate. The doctor thought it was probably an ear infection and said, “Take some meds, it will clear up.”  Two weeks later with no improvement, he says, “come see me.” I drive three hours each way so they can stick needles in my ear, do an audiogram and learn my hearing is rapidly deteriorating.  Then the doctor says, “What about wearing hearing aids?”  Remember, originally I heard perfectly from my single ear with no hearing aids.

The Broker in me started to kick in and realized this was equivalent to, “Expect some changes in the deal terms.”

Shortly thereafter, once again my hearing deteriorated to the point the hearing aids were useless.  Back to the doctor. Read here: “Buyer is very upset with current condition, but due diligence is over so he can’t walk away from the deal and must find a solution.”

Doctor reveals that scar tissue is growing between the bones which impairs my hearing.  Solution:  Second surgery to laser out scar tissue and rebuild one of the bones. Read here: as a broker we’ve got new movement.  We find out why we have this problem and the seller is willing to fix it.  That’s great news.  Buyer is now happy with the offer and keeps moving forward.

Surgery #2 happens.  I wake up with slight improvement in hearing and even back to my best hearing performance with the hearing aids two weeks later. Buyer thinks, "All problems fixed. Everyone is happy and we accept some compromise - let’s go to closing!”

Wait a minute.  Four weeks later, back to square one. Hearing has dropped beyond hearing aid capacity and declining. The broker in me is thinking, “Maybe this isn’t the right deal for everyone but how do we minimize damages?”

At this point the right thing to do was to walk away from this deal and find a new and better one.  The new deal for me becomes a new doctor at the University of Arkansas Medical Center thousands of miles from home.

His assessment:  Plan A: A new surgery to replace two bones with titanium parts that scar tissue won't cling to.  Success will be hearing fine with hearing aids without any loss over time.  Plan B: if plan A fails, we will do a cochlear implant in 60 to 90 days later and this will work. As a broker, I like the “no surprises” approach.  Always be ahead of the game, with a backup plan. This was music to my non-hearing ears!

Surgery #3 happened on Oct. 3rr.  I spent two weeks with no hearing at all while the ear healed from the surgery and could not accommodate hearing aids.  That was once again, a little scary but different than the first two surgeries where I heard quickly but failed in the long run.

Ultimately, hearing aids went back in and the results are not good.  The last surgery did not heal the issue.  I have now been fundamentally without hearing for the last year.  The next step is a cochlear implant.  This is a device implanted that goes directly to my brain stem.  I will re-learn “hearing” in this fashion after the surgery and therapy.

During this time, I still maintained a full book of business and worked to the fullest of my abilities. Technology has been helpful; it has advanced to help with hearing impairment. I carry two phones.  My normal iPhone with a blue tooth connection to my hearing aids and an Android that translates voice when I put it near sound (like speakers or a person).  Some people did not even notice I was using a device to hear them.  Others noticed a delay while I ‘read’ their comment before responding.

It would have been easy to give up and pity myself, but I chose to focus on what I have learned from the experience to make myself better.  Here are some of the benefits I gained.

At the beginning of this blog I said I LISTEN to people for a living.  I used to do 2-3 things at the time while on the phone.  Now I must read the phone so I cannot do any other task. I am now FULLY listening to the buyers and sellers on the phone and it made me a better broker for it. I also restate their comment or concerns which is also helpful to make sure I understood what they said. My results also reflect that this year.

Every call and every interaction must be meaningful, since listening is very tiring.  I must make sure that this worthy and productive, if it’s not, I politely end the discussion and find a productive activity to engage with.

My focus is more intense.  If you cut out outside noise you will see things much clearer in focus.  This applies when I look at financials as well as when I engage in my hobbies.  I rely a lot more on visuals now than what I hear.

I also became a better writer as I have been sending lengthier and more detailed emails.

My interactions with my family have changed.  Most couples married for nearly twenty years will just toss out a comment from across the room with music or TV in the background. My wife and I must be very close to one another for me to recognize that she is speaking.  Since we run a business together, that means we talk a lot.  We have relied on more communication by touch, where she lets me know she’s speaking.  I can somewhat read her lips and understand what she’s saying or use my phone.  Either way, I’m 100% focused on her and she on me when we are communicating.  This is a great tip for any married couple.

My professional life has changed.  I cannot sign up for certain functions I would normally attend.  Board meetings are tough because so many people are speaking, and I can’t hear what is being said in a large table environment.  My wife and I often speak or lead round tables at industry functions and that has not been possible without her picking up on most of the questions and bringing me in on the back end.

This is part of my destiny and my journey.  I am embracing it and making the best of it every single day.  In the best-case scenario, I have just a few more months without the music and things will get better by the first quarter of next year with the fourth and final surgery.

Either way, I have spent a year without music and gained a new appreciation for communication.