Atlanta Restaurant Brokers Say “Get Your Growl On”

Some restaurant pundits predicted that growlers might be a short lived trend but the restaurant brokers at We Sell Restaurants are telling you Growlers are here to stay.  In case you’ve been living in a cave and haven’t heard, ‘growlers” are refillable glass containers (usually thirty-two or sixty-four ounces) you take to an establishment (now being commonly called the same thing as the container or “Growlers”) to refill with fresh draft beer.  This is not just for the extreme beer lover; this is a trend several years in the making that’s moving mainstream.

Growlers are now established within the metr 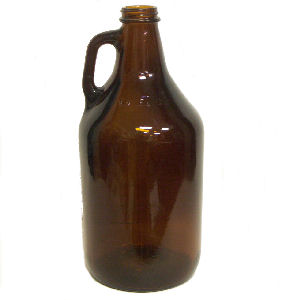 o Atlanta area everywhere from downtown (Hop City Craft Beer & Wine on Marietta Street, Ale Yeah in Decatur) to the suburbs (Marietta’s Moondog Growlers and Beer Growler in Avondale Estates).  Independents aren’t the only one getting into the act.  There’s a growler station open in the Whole Foods store on Ponce de Leon Avenue and Merchant’s Walk in east Cobb with more to come.

If you need proof of exactly how mainstream the trend has become, consider that Sunoco Gas Stations started offering a beer exchange program in July 2011 in several dozen locations and expanded rapidly in New York State.  They announced plans yesterday to increase their “growler to go” program to the state of South Carolina where you will soon be able to fill up your gas tank and refill your growler in the same stop.

Atlanta metro municipalities are working quickly to amend their liquor license laws since some ordinances on the books never contemplated this form of alcohol delivery.  Dunwoody and Alpharetta separately undertook a review in the last 30 days of their laws to accommodate the trend.

What does all this mean to restaurant buyers?  It depends.  Putting your new Atlanta restaurant next to a growler might not be a smart strategy if the customers drop in and then go home with their beer.  On the other hand, is there an opportunity to pair a local market and food to go with the idea?  What about dining plus Growler combined?  As restaurant brokers we are always intrigued to see the creativity associated with the industry. One thing is sure; we are not looking at a short term trend.  So get your Growl on Atlanta and let us know what you think.